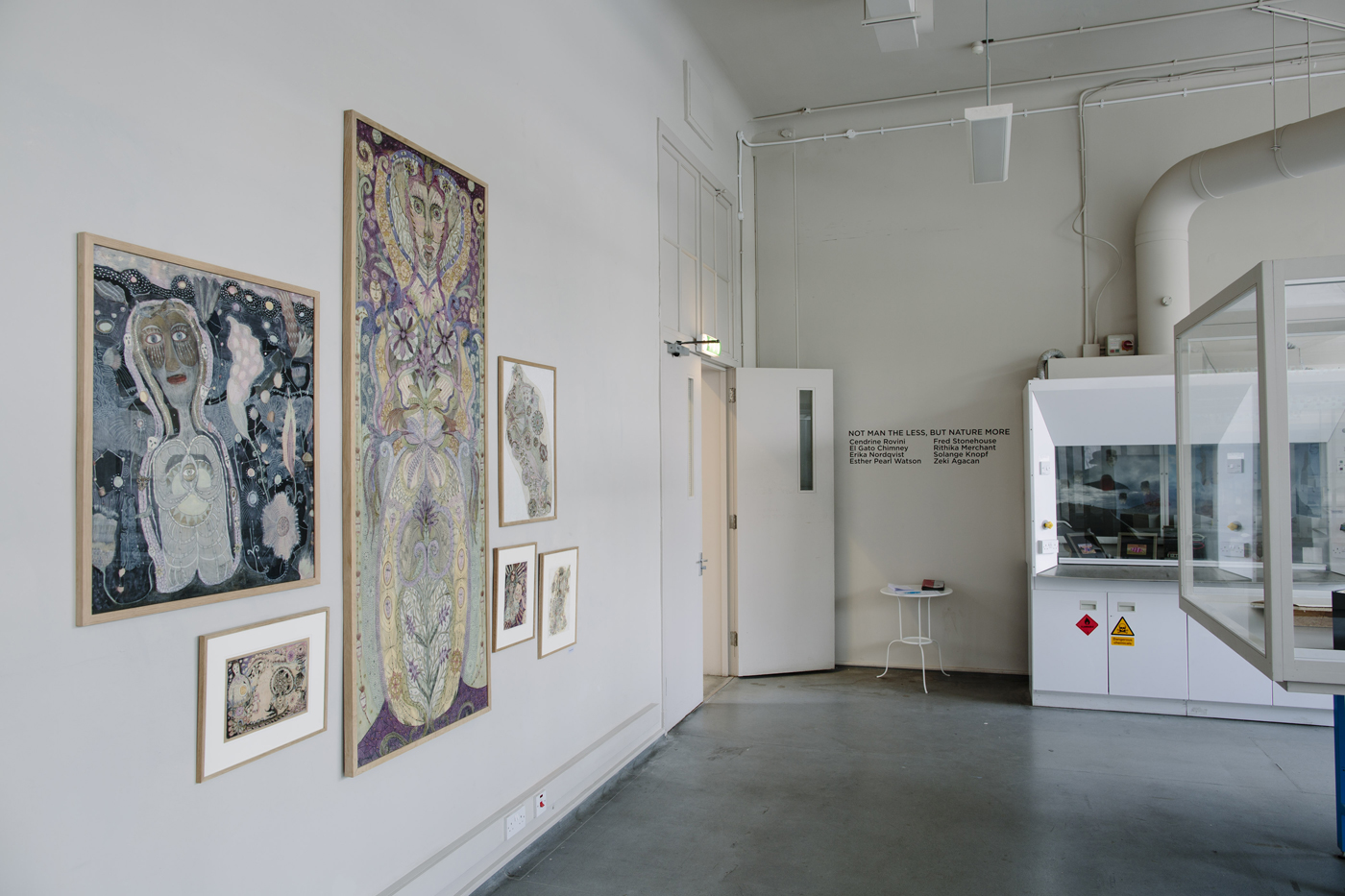 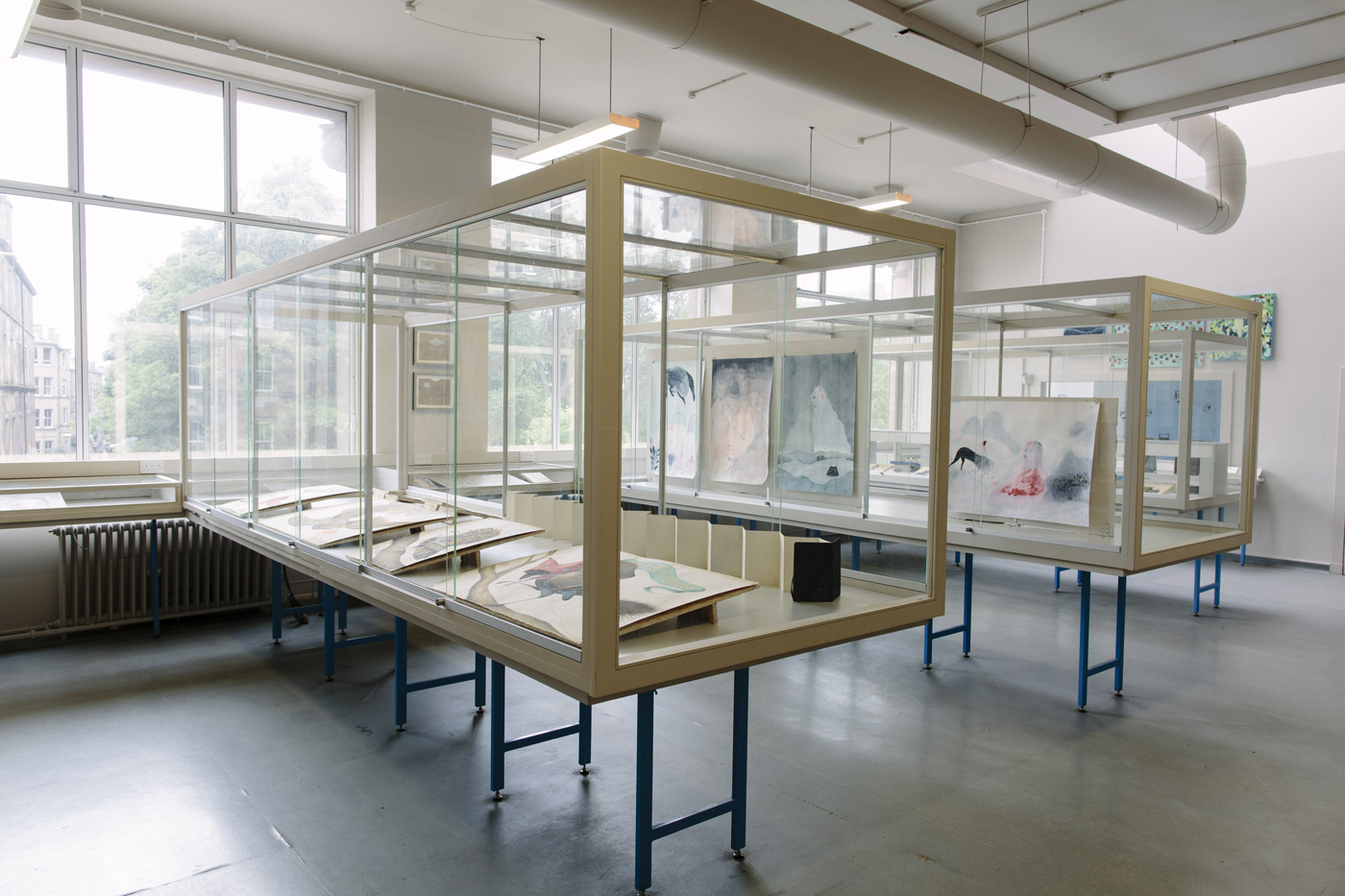 Zeki Agacan, El Gato Chimney, Solange Knopf, Rithika Merchant, Erika Nordqvist, Cendrine Rovini, Fred Stonehouse, and Esther Pearl Watson have an intimate relationship with nature, creating on impetus, uninfluenced by academic training or culture.
The artists reproduce the surroundings they inhabit, animating them with the people, creatures and spirits that belong to their personal mythologies.
The artworks encased and framed by the Laboratory Gallery, an environment at the intersection between laboratory and Wunderkammer, reminds us of the anthropological observations which have been gathered, appreciated and scrutinized since the Middle Ages.
Not Man The Less, But Nature More, curated by Michela D'Acquisto and Holly Knox Yeoman, focuses on the dichotomy of exploring others' worlds, revealing what the artists have always had around them, but what perhaps we have never seen.