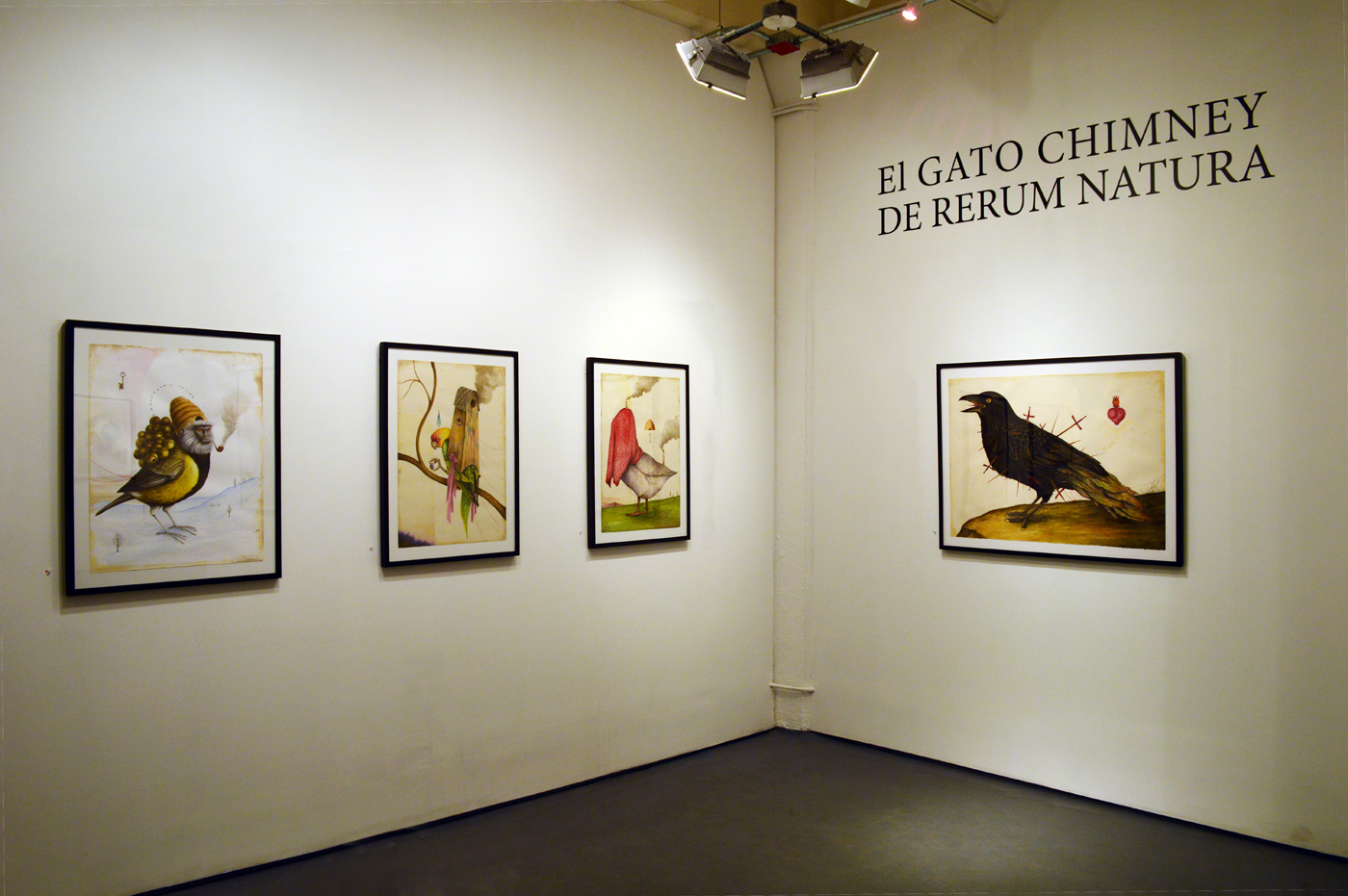 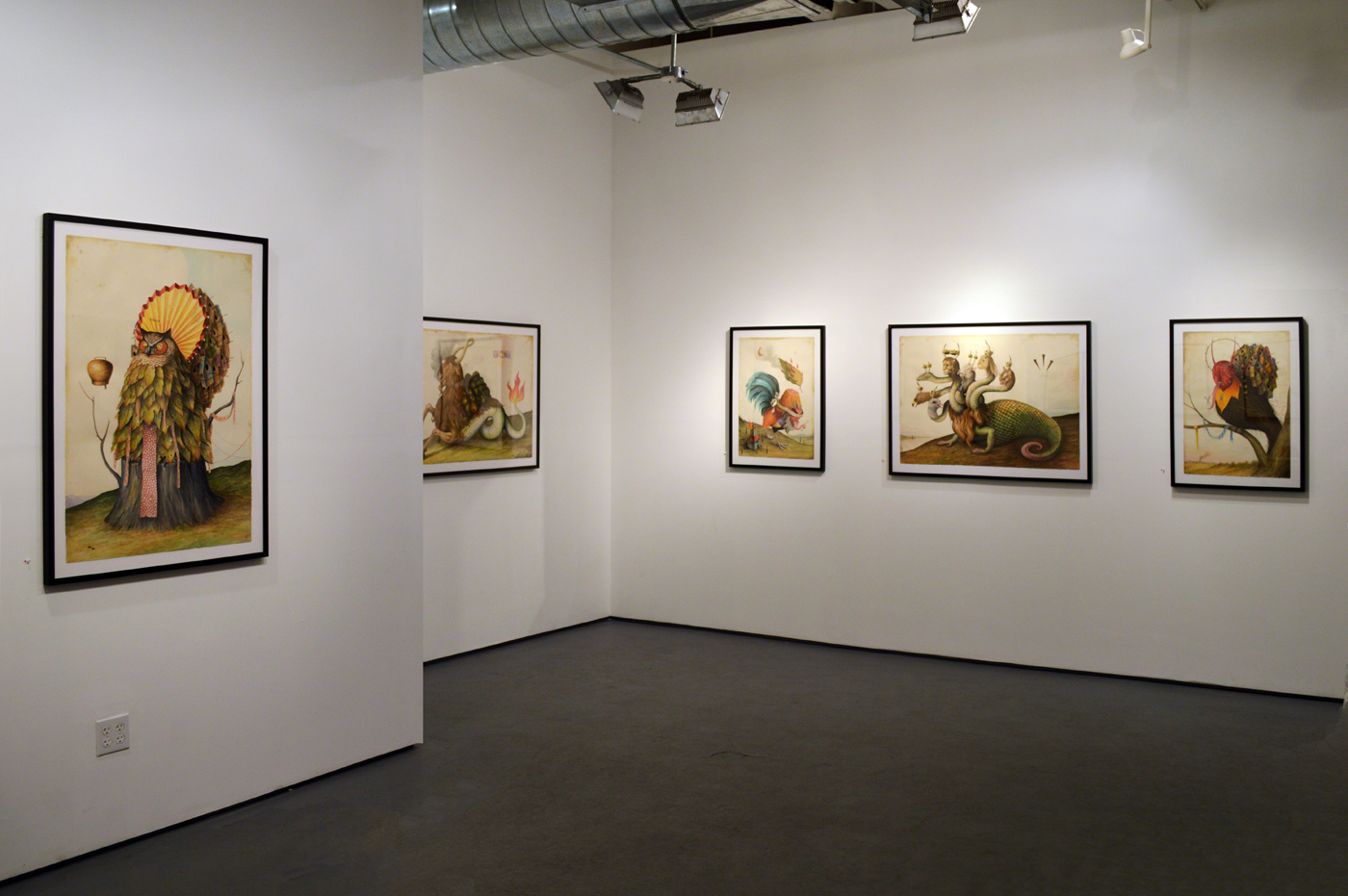 For De Rerum Natura, his solo exhibition at Stephen Roman Gallery, El Gato Chimney proposes to further investigate the themes dear to him in a new body of works, including large-format watercolors and a site-specific installation.

Following the steps of famous storytellers, the artist uses animals, made-up or real, often hiding behind masks and always wearing ceremonial clothes from primitive cultures, to depict the vices and the virtues of the world around him: a world constantly split between a daytime Arcadia and an unquiet night, where the dividing line between the two is clearly visible and easy to cross, both a danger signal and an invitation to disobedience.
At a first glance one could overlook the details: figures hidden in the clouds, seemingly common objects abandoned forever or left waiting for something or someone, and, above all, symbols, a multitude of heterogeneous symbols whose decipheration reveals new meanings at every reading.
El Gato Chimney, instead of giving us a definite answer, fills his works with clues, and appeals to our imagination and to our sensibility, keys of interpretation of the world.